Scrum and PRINCE2 – Who gets the workpackage? 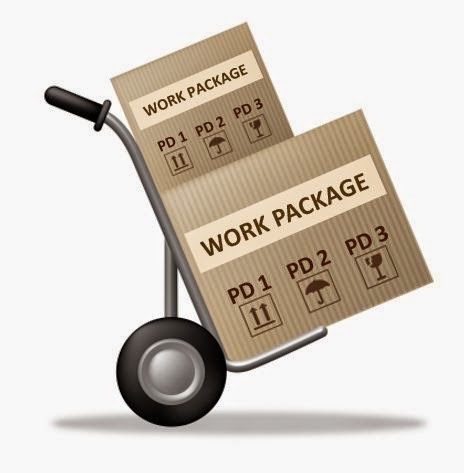 If your project includes one or several Scrum teams, you could end up is quite a debate on who takes which PRINCE2 role. The Scrum team is by definition self managed. Scrum defines two roles in addition to the team, the scrum master and the backlog owner.
The Scrum Master’s responsibility is limited to facilitating the Scrum process. The Product Owner controls the backlog. In theory, a small project can be executed by the Scrum team alone. The scrum master could then take a role as project manager. But, what do you do if it is a larger project? Who would you then consider to take the Team Manager role and with whom do you negotiate workpackages?

So, summarized the three Scrum roles are:
Because the team in theory is self-managed, there is no Team Manager as defined in PRINCE2. Someone must than wear this PRINCE2 Team Manager role as an additional hat. The recommended approach is to put the burden on the Scrum Master. The Scrum Master essentially takes the Team Manager/Team Lead role under the PRINCE2 model.
Read more about the integration of PRINCE2 and Scrum.


Copyright © PRINCE2How2 - How to implement PRINCE2

Implement PRINCE2 in your organization